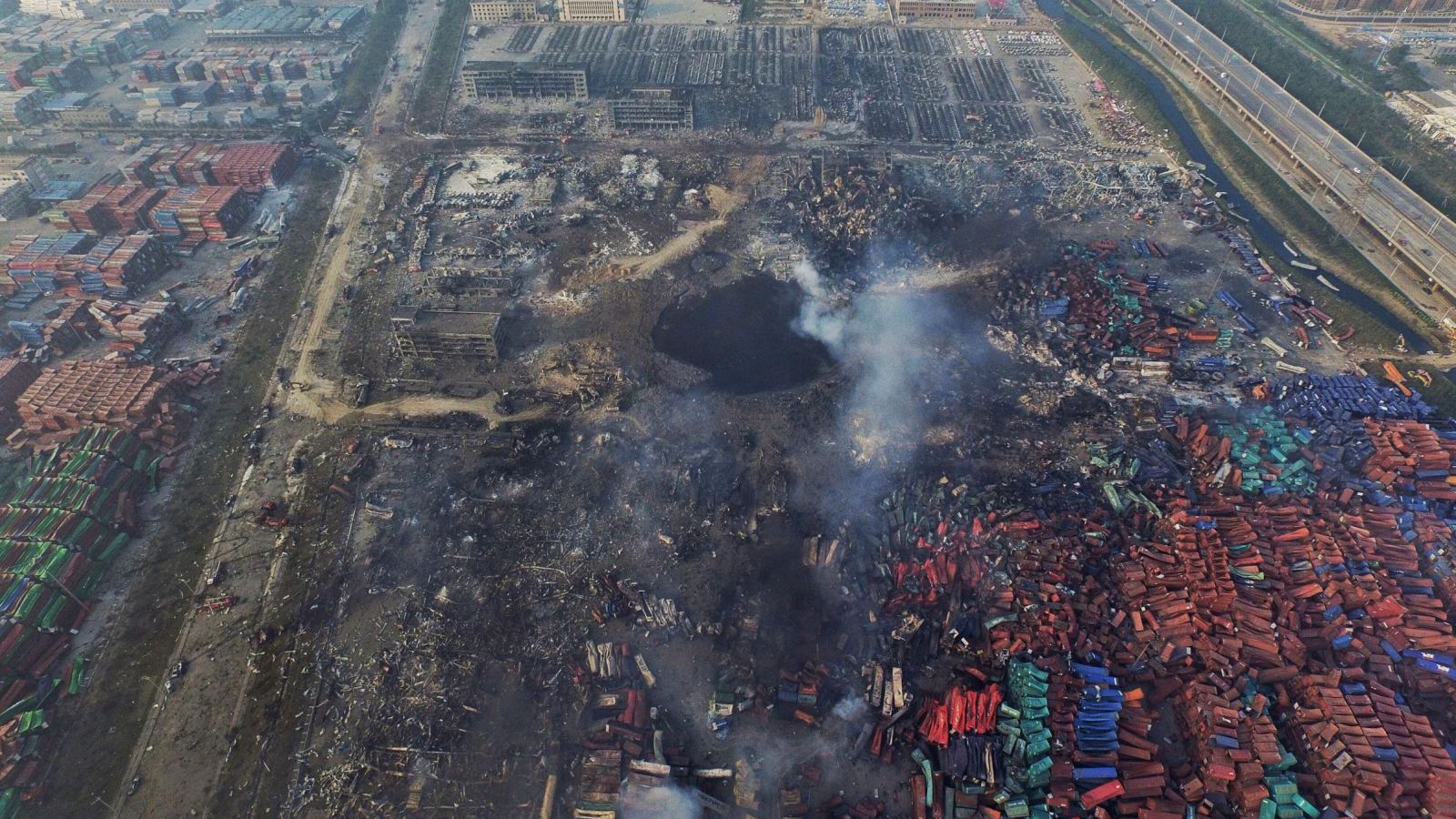 Insurance is about risk management and risk transfer. The basic concept is simple, a client (the assured) enters into a contractual arrangement with an insurer, who agrees that in exchange for an upfront cost (the premium), that they will restore the financial position of the assured (indemnify) in the event that they sustain a loss that is covered under the terms of the contractual arrangement (a claim).

In essence insurance is a simple enough concept, but it touches just about every industry, and human activity. But, when we typically think about insurance products, we often draw on personal experience, we tend to think of motor, and house hold insurance.

But let’s assume that you are reading this post on a laptop. What kind of insurance products might have touched the life of that product.  Perhaps, the laptop is covered under the company’s contents or buildings insurance. Perhaps your company also has cyber-attack attack cover. Perhaps you yourself have professional liability cover. The building you sit in could be covered against terrorist attack. When the laptop was shipped to the store the ships that transported it would have had P&I, and Hull cover.  The ports it passed through would also be insured. When the laptop was manufactured the factory was covered for business interruption, and physical damage cover. The manufacturer had product liability insurance. The utilities companies that provided electricity to the factory were also insured. The mining companies that provided lithium for battery. The petrochemical companies that refined the plastics for casing. The E&P companies that extracted the oil from the sea. The contractors who drilled the wells.  The list goes on. Also between the time an assured pays a premium, and time that they make a claim, the insurance premiums will be reinvested; investment income is major source of profit for many insurers, and this investment further extends the reach of the industry. We could branch off in all directions, but the point is that the impact the insurance industry has on our world is both highly complex, and at most times invisible.

But what does this mean for data scientists, analysts, and software engineers?

Insurance is an industry which has great potential for ambitious data scientists, analysts, and software engineers. Almost every aspect of what an insurer does can be framed as a data science problem: from marketing, distribution, fraud detection, risk selection, pricing, investment strategy. Insurance is also an industry with lots of data (not always good data!). And it is difficult to sugar coat the fact the business model is outdated, and in need of an overhaul. Presenting a challenge and opportunity for technically minded people.

I also believe that insurance can have a positive impact on the world; whilst an insurer’s primary goal is often profit orientated, understanding risk and mitigating it where possible can save lives and reduce environmental damage. Investing premiums in “good” causes and more ethically conscious companies can also have positive benefits for the world.

What will this series of posts cover?

For the last five years I have been working within an offshore energy underwriting team in a leading offshore energy insurer. The team provides insurance cover for upstream oil and gas activities all around the world, transferring risk throughout the complete life cycle of the field: from exploration through to decommissioning. Offshore energy is just one of the exciting industries which people rarely consider when they think of insurance. In this series of articles I want to give you a flavour of the kind of risks which are traded in the London market; a sense of how underwriters view and trade risk, and I want to discuss how data scientists fit into the mix!

I hope that what you read here will surprise you and give you a taste for the kind of challenges and opportunities that can be uncovered in the London Market. I hope to convince you that contrary to popular belief insurance can be fun, interesting, and at times even exciting.

There’s little doubt in my mind that humans have traded risk in one form or another for thousands of years, but what we think of as the modern insurance market started in London in the 17th century, and it started specifically in the marine markets.

Let’s set the scene, it’s 1680, and international trade is in full flow, goods are being transported all around the world via a complex networks of shipping, and trade routes. Traders are making great fortunes transporting precious metals, textiles, tobacco, furs, spices, sugar, and coffee. But this world was not without risk: merchant’s vessels faced the threat of ships and their cargoes being lost or damaged at sea, and the cost of these losses could spell financial ruin.

Around this time London is establishing itself as a growing centre of international trade. And on London’s Tower Street, a man named Edward Lloyd is opening a new coffee shop called “Lloyd’s Coffee House”. Lloyd’s Coffee House quickly established itself as a haunt for ship owners, merchants, and captains. It’s clients discussed the matters of the day making Lloyd’s a hub of shipping news and information.

Soon wealthy entrepreneurs realised that there was money to be made out of shipping risk. These individuals began making agreements with ship owners and merchants, that in exchange for an upfront fee, they would promise to repay the cost of any ships or cargoes that were damage or lost during a voyage. These arrangements represented the birth of modern marine insurance.

Lloyd’s was the ideal place to transact these insurance arrangements: the coffee shop was frequented by potential clients, and shipping information was valuable to ensurers who keen to know whether a ship and its cargo had safely reached its destination. Lloyd’s even began publishing a weekly journal of shipping news the “Lloyd’s list”, one of the worlds oldest and longest running periodicals, which is still published today. Lloyd’s had become the worlds first insurance marketplace.

Lloyd’s Market in the Modern Era

It is fair to say that since its initial conception Lloyd’s has had many ups and downs over its long history. But, more than 300 years later Lloyd’s still stands as the worlds most successful market place.

Since the the 17th century the London specialist insurance market has continued to evolve. The range of products and industries covered has expanded greatly over time, today the market insures everything from satellites to footballers legs.

The financial structure of Lloyd’s is also much more complex, and robust. Today Lloyd’s has capital structure is underpinned by a tiered central fund, which aims to ensure that all valid claims are paid, even if one of the member insurers becomes insolvent. 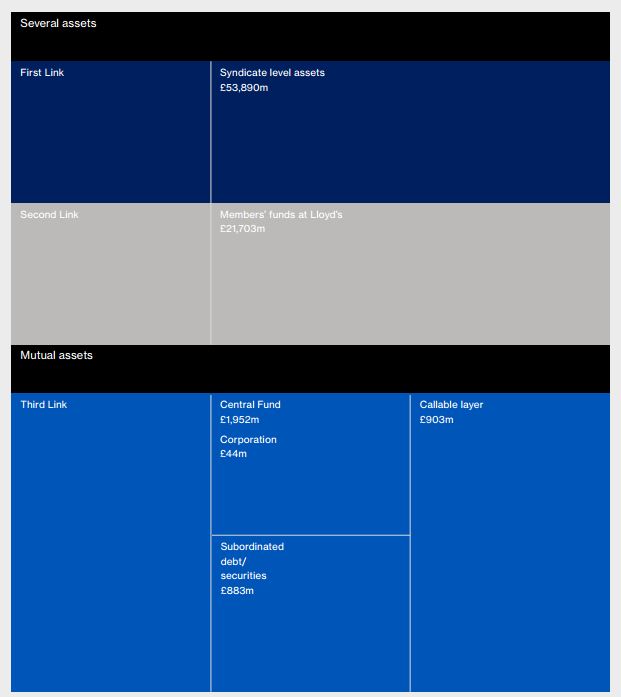 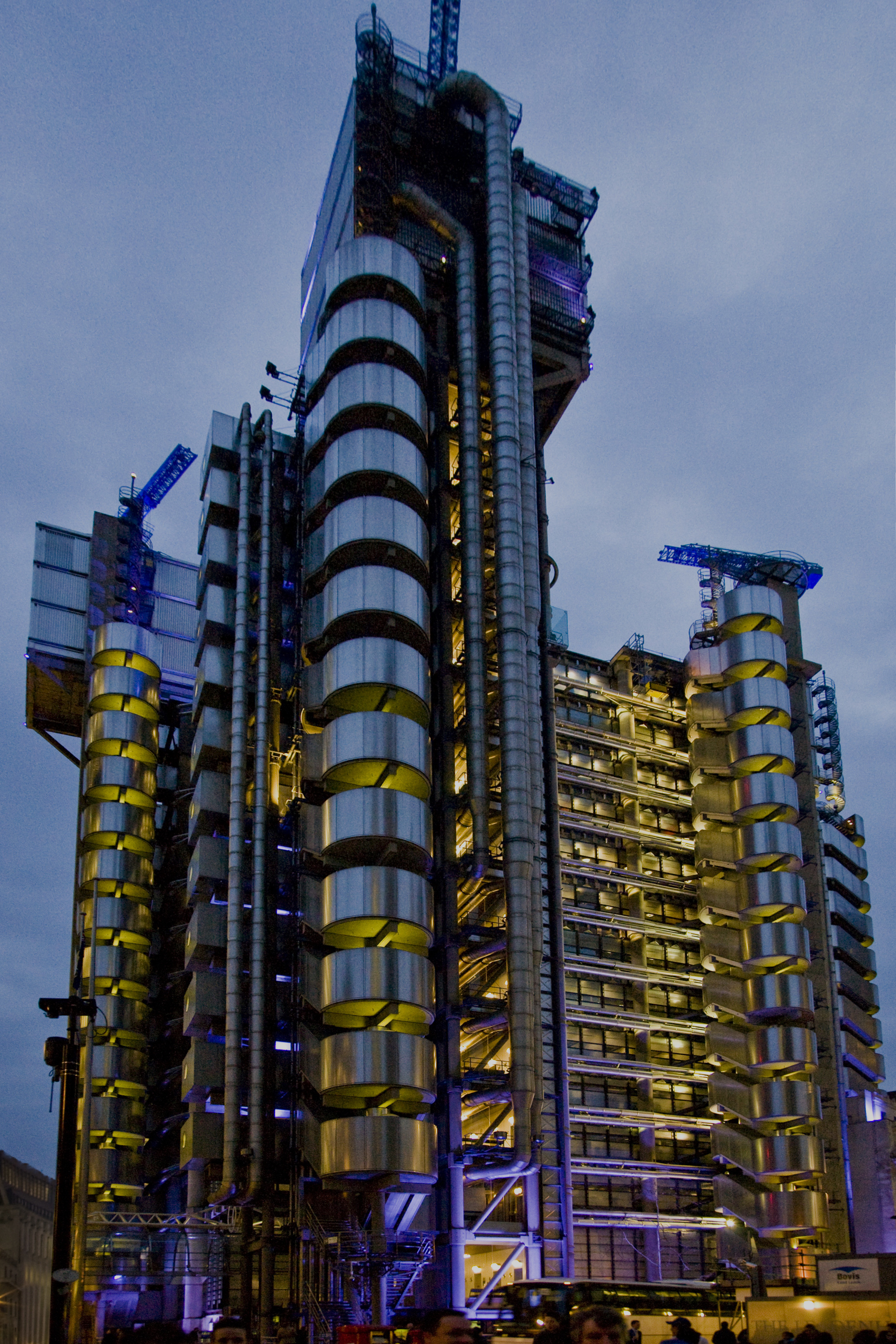 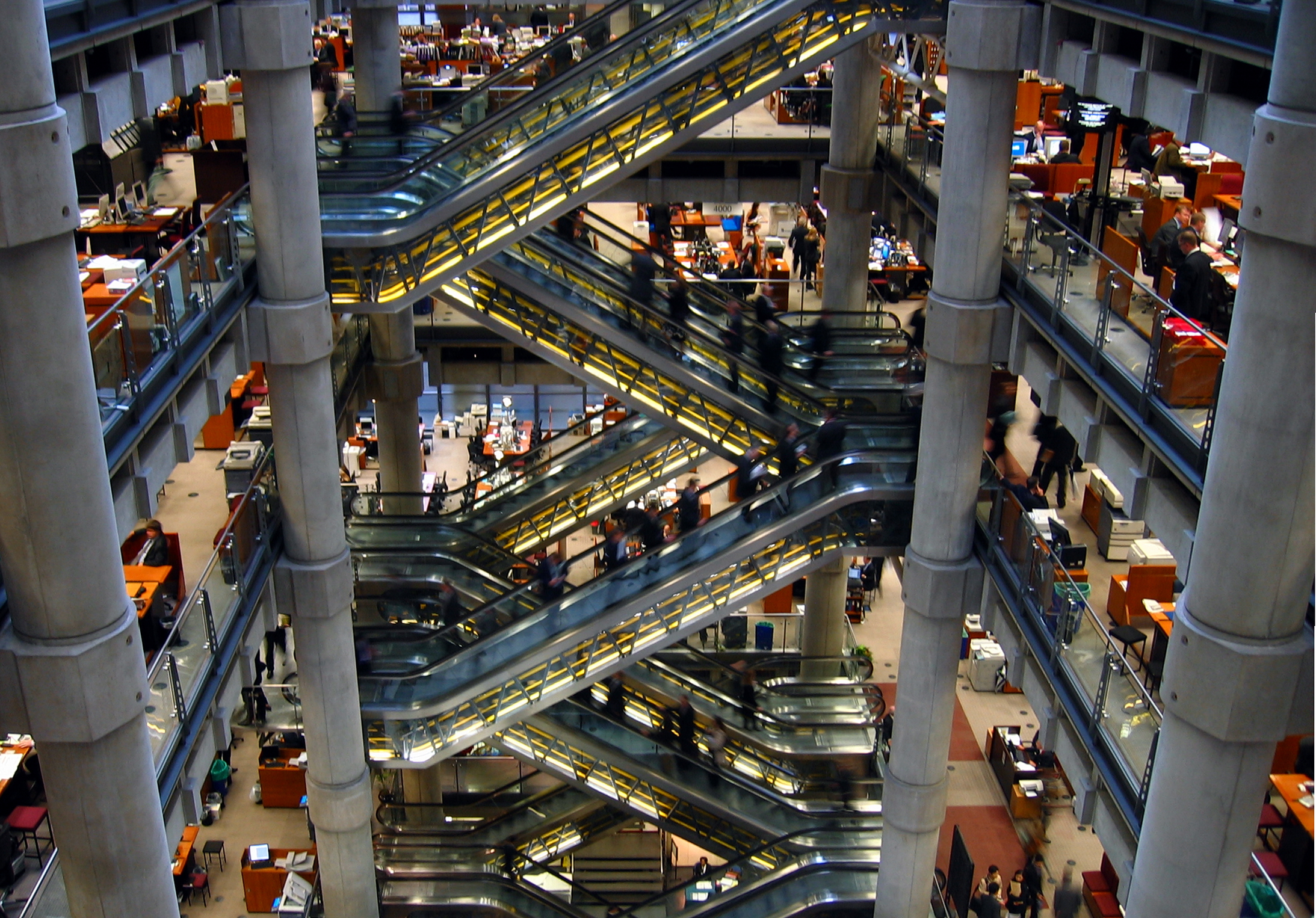 The interior if the building is no less striking than the exterior. It is no exaggeration that no other place quite compares to the Lloyd’s building during trading hours.

Lloyd’s is not the only game in town when it comes to specialist insurance. Many insurers also write business on company paper, sometimes in addition to Lloyd’s paper. This gives clients multiple options when it comes to placing large risks. There are multiple factors which can influence how a placement is structured: obvious factors are price, financial strength of the insurer, and claims handling expertise.

How does the specialist market operate today

When a client needs to insure a large risk the London Market is a first port of call. If the client wants to place the risk at Lloyd’s they will work with a Lloyd’s broker, the broker acts as a representative of the client, their job is to offer and negotiate risks to insurers.

It is common that many risks are simply too large to be insured by a single insurer, the financial stress of paying a multi-billion dollar claim is simply too much for a single insurer to bare. In these cases the insurance placement is split up into multiple parts. In the simplest case, the risk can be insured by a syndicate of insurers, whereby each insurer writes a % of the over all risk. In this way the risk is spread out. This is known as syndication.

Where syndication occurs there is typically a lead insurer. The job of the lead insurer is to negotiate the terms of the insurance contract with the broker, and lead any future claims negotiations. Having a single lead simplifies the negotiation, and claims process. The other insurers are referred to as the following market, because they follow the lead insurers teams, and decisions.

The amount of cover offered by each insurer in $ terms is referred to as capacity. It is not uncommon on a large placement for capacity to come from a variety of sources.  For example in the case of energy risks capacity could come from Lloyd’s markets, company markets, mutual insurers, and possibly even captive insurers (insurers owned by the company being insured).

The complexity and intricacy of the London Market makes specialist insurance a very interesting place to work. All of these interactions also make it a very social, and highly networked profession. Where good people skills are highly valued.

People have written entire books on the London insurance market, whilst what we have discussed above is not comprehensive, I hope that it does give you a flavour for how the market works.

In the next section we are going to take a closer look at offshore energy insurance.